The BlowerDoor MultipleFan system consists of three BlowerDoor fans and two digital DG-1000 pressure gauges, and was developed for airtightness measurements of large buildings with an envelope area of approximately 7,000 to 36,000 m² or an internal volume of up to 440,000 m³. As a modular system, the MultipleFan system can be used for testing larger industrial and administrative buildings, but also for single-family homes and apartment buildings using one or two BlowerDoor fans.

With the BlowerDoor MultipleFan system (three fans) plus the TECLOG software, you can conduct and record airtightness measurements with an air flow rate of approximately 21,600 m³/h. The pressure gauges and speed controllers form a compact unit close to the measuring equipment. The fans are centrally computer-controlled from your laptop via WLAN or optionally with data cable. 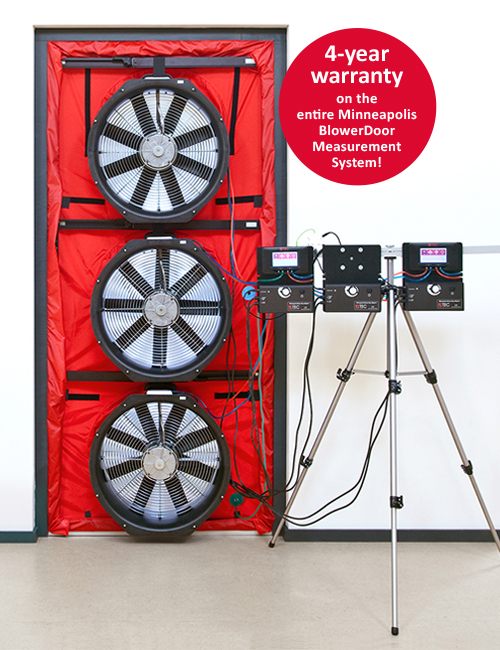 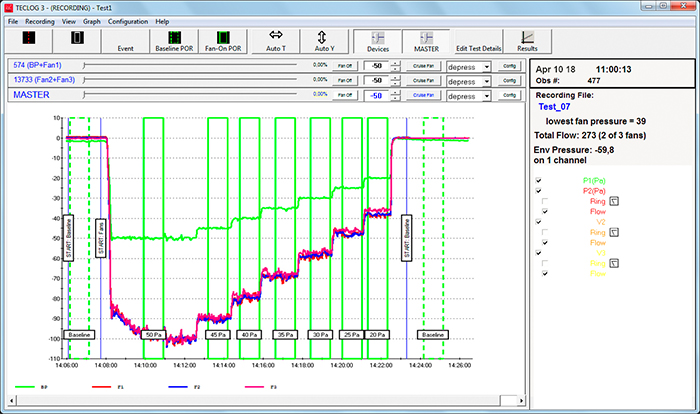 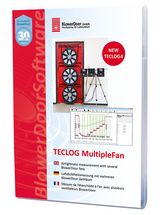 To conduct BlowerDoor measurements in very large and possibly very leaky residential and commercial buildings, the modular set-up of the BlowerDoor measuring technology allows you to combine several MultipleFan Systems, if necessary.

Do you intend to upgrade your Minneapolis BlowerDoor Standard or to combine several MultipleFan systems? Contact us to compile the optimal configuration!